Thanks for taking an interest in this page!

So I thought I would share here some key events that really had an impact on me over the years and add in some photos for flavour! 🖼

I, like many people in the UK went to a school, multiple schools in fact, though I’m only going to focus on the last one because it seems most appropriate. The Wavell School was, broadly speaking, a good school though it’s social structure was quite a challenge. I’m glad that the school provided me with a good grounding in math, science, art, design and IT. 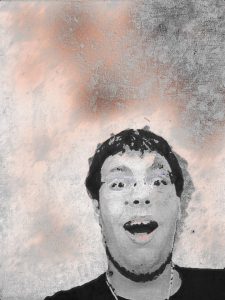 Farnborough College of Technology was a liberating experience. I really enjoyed the increased autonomy that came with a less discipline-orientated teaching approach. During my first year, in addition to working weekends, I opted for a GNVQ in ICT and Business Studies during my first year and focused my second and third on the Humanities; psychology, philosophy, sociology, and fine art. Some of my happiest times at college were spent in the common room; I quickly made friends and there seemed to be pizza and great movies on tap. I really enjoyed learning about myself outside of the school setting, trying new things and exploring new ideas.
If I had found college liberating, then London South Bank University was doubly so. My degree was BA (Hons) Game Cultures, an incredibly interesting and exciting course about video game design and development rooted in a cultural and media studies perspective. The course covered the kinds of things you would expect, like graphic design, 2D and 3D modelling, environment design, animation, story design, critical analysis, programming (C++ and ActionScript 3), group collaborative work, video editing and sound design. On the media studies and cultural side; we learned a lot about marketing and advertising, about perception and perspective and deconstructing cultural artefacts and textual analysis. I really enjoyed living away from home, and being in the heart of London with an Oyster card in my pocket and a 24/7 bus service really opened up the whole city for me. Visiting London’s numerous art exhibitions, museums, pubs, arcades and theatres were culturally rewarding experiences! 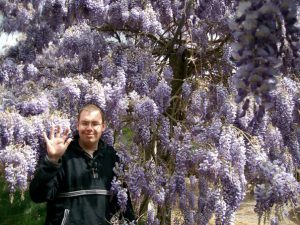 We also enjoyed several guest speakers and lecturers, such as the time artists from Disney came in and gave us drawing tips and professionals working in various aspects of the industry also gave talks. I also really enjoyed the end of year shows where films about our various projects would be shown. One year I also enjoyed co-hosting the winter show, which went really well. It was really nice to work on projects in multidisciplinary teams; we worked on projects with students specializing in sound design and video recording and editing. Unsurprisingly university involved writing around 12 academic papers a year which I received feedback on. These papers took a great deal of research, triangulation, and analysis; which are useful skills in themselves.
During this time I also worked on other projects. in 2009 I was nominated for a Golden Joystick Award at Bafta for a game I developed independently called Bogus Bunny. Additionally, I worked on a Flash-based game development project for BBC China and another for Kinetika.
After graduating it took me a while to find my feet. I’m sure many people find the transition from academia to ‘real-life’ interesting, In academia,  there are always set goals with milestones; not so when you’re on the outside! Still, I found work in drips and drabs, for example, I worked for a company called Powerstax developing interlinked spreadsheets which would pass information to each other automatically. I also took on temporarily work for a while taking on a range of freelance roles. I even found myself working as a security guard at the Olympic Velodrome. The jobs market was difficult but during this time I gained a lot of office style skills and various NVQ’s in areas like first aid at work. 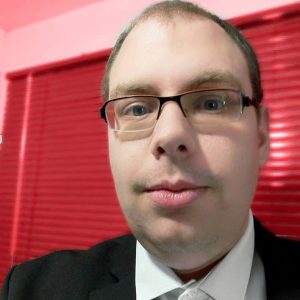 My first permanent job was at iSat LTD, a company focusing in specialist RF telecommunications infrastructure in Europe, the Middle East and Africa. The advantage of being in a relatively small company is you gain a lot of experiences in an enormous range of areas such as planning trade shows, creating and designing art assets, web development, social media, newsletters, copywriting, procurement, sales, assisting with tendering, assisting with financials, database and customer relations, computer programming: most notably Python development, and a whole lot more.