Out of all the games I have played I have chosen five of my favorites. These have been judged retrospectively on enjoyment, longevity, impact and originality. why not tell me your top five through the contact page?

1. Legend of Zelda: Ocarina of Time

Zelda 64 is my personal favourite in the Zelda franchise. It was genre-defining and was the first 3D game in the Zelda series. It combined artistic vision with brilliant game design and a catchy soundtrack and really showed what the N64 could do. The game was good on so many levels; the story was charming, unpredictable and immersive.

Features like the lock-on target system, multiple ways to use weapons, the Ocarina and intuitive controls gave the game such playability and the world the game created really felt as if it was alive. The puzzles sparked the synapses and the story and world grew successively as the player solved puzzles and advanced through the story. In terms of longevity, this game lasted ages; it did have an impact on me as I grew up. That’s why it’s number one on the list.

The reasoning here is simple: This is a brilliant game which was well polished and I still love playing multiplayer online to this day! Watch out for the MOAB!

A truly spectacular game which I first played while at school. There was potentially month’s of gameplay here for the completionist and still to this day the controls are some of the best in any Sonic game.

I’ve enjoyed all the Halo games so had to include it here. I’ve been in quite a few tournaments over the years. Halo 3 was probably my favorite. Personally, building on Halo 3 I’d  love to have seen more development of the AI so that they, and you would really need to use more long-term planning to win the day instead of just being a shooter.

This game was so finely balanced I felt it almost superseded chess. This, as well as Red Alert 2 are some of the finest real-time strategy games I’ve played. 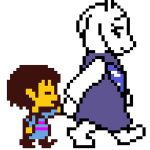