Reviews: Undertale: The RPG game where you don’t have to destroy anyone.

Undertale is a story driven RPG with graphics and catchy music reminiscent of 8 bit games from the 1980’s. This game was reminiscent of Zelda 64 in terms of character development and memorability. The game is seemingly simple but is also deep through the quality of the narrative. Player choices have a huge impact on the world which puts Fallout 3 to shame. The power of the game lies more in how the characters than anything else. 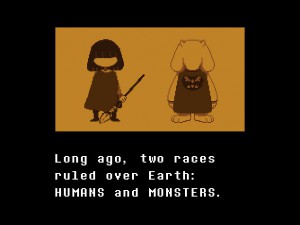 Undertale isn’t a game for everyone, it’s probably best suited for those with lots of ‘determination’ and those who have enjoyed other RPG’s.

The game is filled with fun RPG tropes and the occasional meme but these are integrated well and blend nicely with the game’s flow.

As previously mentioned the character development is implemented so well that the player will quickly find themselves caring for the characters – though this is dependent somewhat on playstyle. 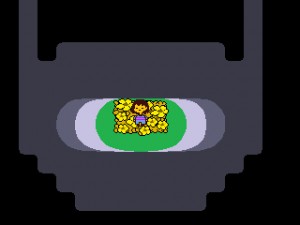 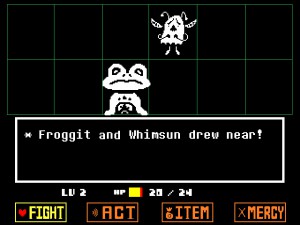 Complex story where every choice affects the game.

Very occasionally the dialogue is bothersome.

The boss fights may be too challenging for some players. 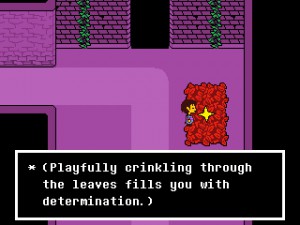 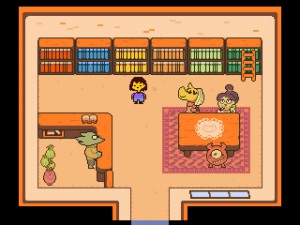